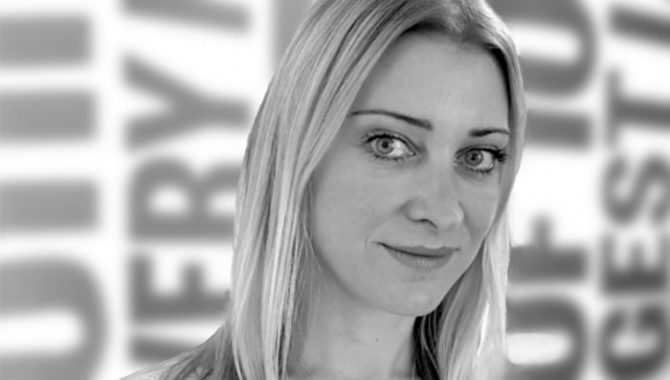 Alice, your background includes roles at Disney, Warner Bros. and Viacom. How did you get in the industry?
This has always been an area I’ve found fascinating. My dissertation at university was on how to turn a music artist into a brand! But never did I think back then I would make a career out of that same idea!

Interesting! Presumably you didn’t get straight into it from university?
Yes and no! I graduated in music industry management, so my first job was actually at PRS for music, processing royalties for music artists. It wasn’t long before I moved to The Walt Disney Company, where they needed an Italian speaker to process royalties and licensing contracts.

Okay…
That provided a great foundation to step into the licensing industry… I moved from that area into managing Licensing for some of the toy categories, and then joined Warner Bros. Entertainment for a wider role in UK licensing and retail. I then broadened my remit to encompass multi-territory licensing programmes and brand management for Viacom International Consumer Products, then The Licensing Company – now Paramount and CAA-GBG respectively. After that, I joined what is now Banijay Brands.

How long have you been there?
I’ve been at Banijay – and previously Endemol Shine Group – for nearly six years. Initially, I joined as Head of UK Licensing, before taking on my most recent role as Director of International Brand Licensing. 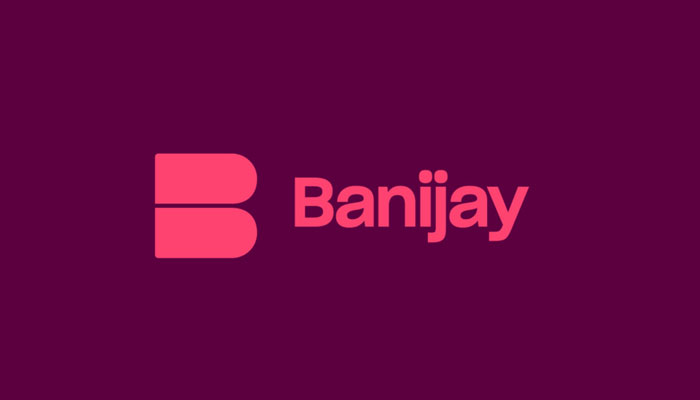 And what does that involve, specifically?
I’m responsible for driving global and multi-territory deals for our brands, working alongside our operating companies which manage the brands and licensing deals at a local level.

Why Banijay, out of interest?
I was attracted to the company’s extensive catalogue of IP, which had significant commercial potential… And it still does! Also, my love of these brands continues to drive me today! I love working with them and exploring different ways for consumers to enjoy them, and it is such a brilliant industry to be part of, as it constantly grows and evolves, allowing me to take brands in exciting new directions.

Well, let’s talk a little about that in a moment… I understand, though, that Banijay has an interesting company culture. What can you tell me about that?
Banijay is a young and independent company that promotes creative freedom. Commercially astute, the business is strong on IP retention, which is paramount to the licensing division, to ensure we can exploit our brands effectively. Within Banijay Brands, as trusted experts in our field, we have the autonomy to explore new opportunities. We are agile and able to move quickly on deals, which is so important in a fast-paced industry like ours. We’re a lean team, with big ambitions that are supported, enabling us to transform a TV show into a global commercial success off-air.

Whom do you count among your clients? For what IP are you responsible?
We have a diverse portfolio, including worldwide super brand MasterChef; multi-award-winning Peaky Blinders; smash-hit dystopian-drama series Black Mirror; digital-animation series Simon’s Cat; globally-renowned game show Deal or No Deal; and the one and only Mr Bean, as well as really strong local IP such as Richard Osman’s House of Games in the UK, and Ready Steady Cook.

You have, I think, used the word ‘diverse’ quite rightly here! Does being so diverse help or hinder deals?
I think it helps! There’s such a brilliant array of brands across scripted, non-scripted, adults and kids, that I’m able to deliver some truly unique deals. On top of that, Banijay Brands is growing these shows commercially, through multichannel strategies, and we’re very proud to work with some of the best licensees in the business. We’re all bringing premium products and experiences to customers around the world. 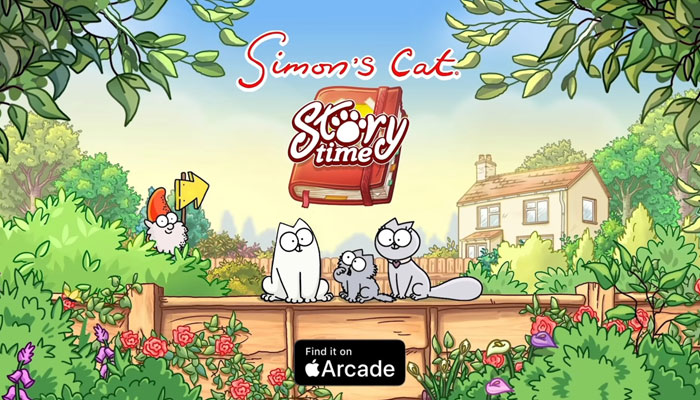 So let’s hear a little about some of that. What’s the latest with Mr Bean, say… And Simon’s Cat?!
The Mr Bean brand made its debut in the Metaverse this year with a successful non-fungible token drop – a first-of-its-kind for Banijay – in partnership with web3 specialists FOMO Lab.

“It sold over 10,000 units across its last three digital pre-order campaigns, selling directly to fans.”

How’d it go?
Brilliantly! It was one of the most played games of Apple Arcade’s launch; and print-on-demand licensee Spring continues to deliver extremely successful limited-edition plushies. It sold over 10,000 units across its last three digital pre-order campaigns, selling directly to fans.

I love the contrast between these IPs. How about MasterChef?
With more than 90 licensees around the world, the MasterChef brand extends into a huge range of successful commercial activities. Millions of consumer products have sold globally – recent successes include the Apple Arcade exclusive game MasterChef: Let’s Cook! Lex signed this with the developers Tilting Point, and the extension of our partnership with Arovo, which is driving extensive e-commerce and retail growth for the brand. We’re also about to announce a brand-new international partnership within the food and beverage category, so watch this space. 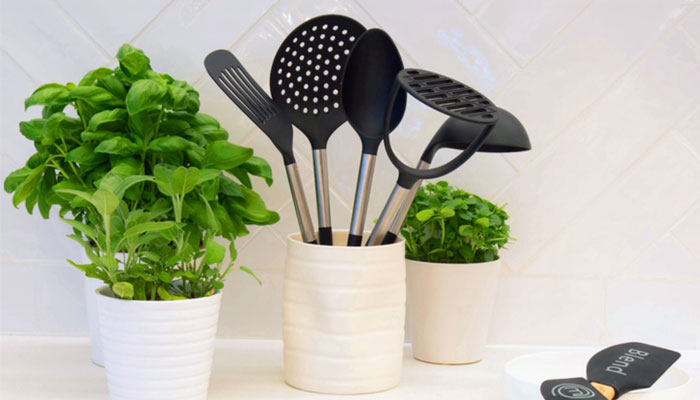 I will do that. Feel free to send us a press release; sounds great…
And of course, Peaky Blinders is a huge licensing success. Our partnerships include the recent collaboration with Bushmills Irish Whiskey from our OpCo Endemol Shine North America; the opening of Endemol Shine Brasil and Escape 60’s Peaky Blinders-themed escape room; and the upcoming launch of Peaky Blinders: The King’s Ransom… A VR game from Maze Theory.

For those that haven’t heard of it – and that can’t be many – Peaky Blinders is an award-winning TV show about gang war, treachery and revenge, set in Birmingham during the 1920s. What’s made it such a hit, do you think?
Where do I start? For one thing, it’s a visual feast. It has incredible cinematography and an epic soundtrack, which cleverly weaves modern indie rock into a period drama, creating an emotive experience for audiences.

“Audiences are eager to engage with the brand beyond the show… Be it through experiences or products.”

The show’s also underpinned by strong, universally appealing narratives, which skilfully weave through this unique period in time… And all that is layered with iconic characters, brought to life by an extremely talented cast of actors, that fans have fallen in love with.

Great summary! You’re clearly a fan…
The show is just superb, I love it. It’s created and written by Steven Knight, and produced by brand owner, Caryn Mandabach Productions, with Banijay’s Tiger Aspect Productions. The series has sold to more than 180 countries and cultivated a cult-like status around the world. Audiences are eager to engage with the brand beyond the show, and experience life as a Shelby, be it through experiences or products. 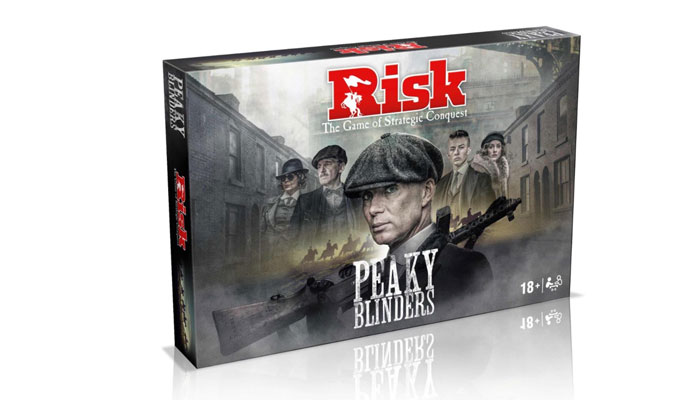 And that’s taken you in some very interesting directions. Tell me about some of them…
We’ve built a long-term licensing franchise for the brand which has evolved with each series. Highlights include experiential projects such as The Legitimate Peaky Blinders Festival in Birmingham, and multi-location escape rooms; food and beverage deals including the first official Peaky Blinders whiskey partnership with Bushmills, and the hugely successful fine-wine from top French vineyard, Vignobles Bardet.

Not obvious things, are they? I mean… They’re relevant but not too on the nose…
Right! There are also a number of grooming product ranges with partners such as Wahl; Conway Stewart’s limited-edition fountain pens; multiple publishing deals from quiz books to cookbooks; several apparel ventures including our partnership with Bravado – and extensive gaming and games offerings.

That being the case, Alice, what makes an idea right for Peaky Blinders?
Any idea must complement the iconic style and high-end value of the series. The products and experiences we create are authentic and reflect the on-screen experience of audiences. We only work with the best partners, which have the expertise and passion for the brand to deliver top-class products for our consumers.

And how have these ideas come about?
For us, it is critical that our IP is protected, and ideas must be well thought out and executed to a standard that authentically represents our brands. We’re keen to work creatively with partners, to offer audiences fun, entertaining, and unique ways to engage with their favourite TV brands beyond the screen. 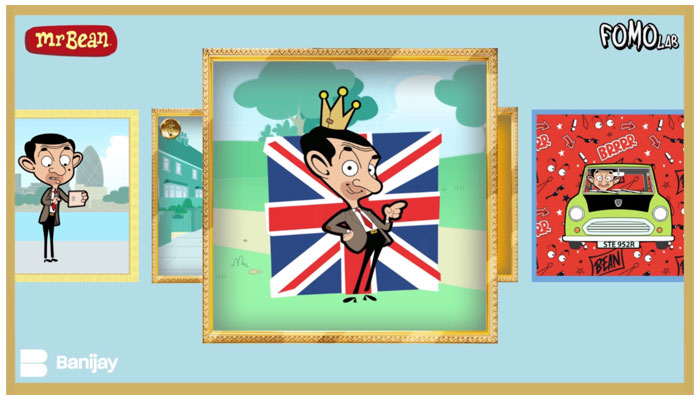 Is there anything you’ve ruled out in terms of what you would like to look at moving forward?
You know, the pandemic demonstrated just how robust and nimble the industry could be when faced with challenges… And it continues to change so rapidly. The way in which consumers engage with our brands is always shifting, and we’re constantly striving to adapt our licensing programmes to align with evolving consumer behaviour…

Right…
So, to answer your question, we don’t tend to rule out any opportunity or new trend or direction!

And is there anyone from whom you’d like to hear about potential partnerships?
E-commerce is an important growth area for us as a business. The upsurge in this area – coupled with tech advancements for shoppers – makes for extremely exciting opportunities, plus emerging categories, such as those that are opening up within the realms of the metaverse and web3, are ones to watch. However, traditional retail is still key to the success of our IP and we’d love to hear from retailers for more DTR opportunities.

We need to wrap this up, Alice, but just before we do… What’s the one question I could’ve asked you today but didn’t?
What is your favourite brand to work with?

And what’s the answer?
Peaky Blinders, of course! I’ve been a huge fan of the show since series one, even before joining Banijay. It’s been such a thrill to build a licensing programme from scratch on a show I genuinely enjoyed watching from beginning to end… Multiple times!

Brilliant! Thank you, Alice for making time to tell us about yourself and your work. Great stuff. 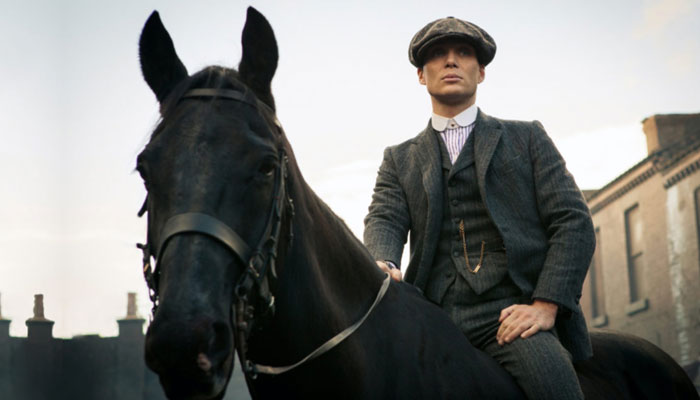 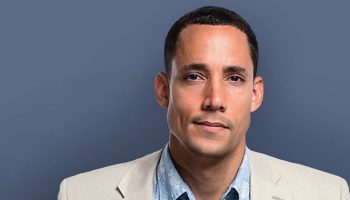 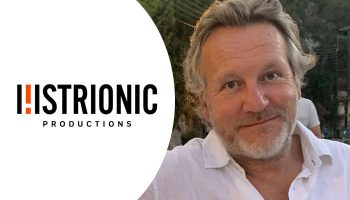 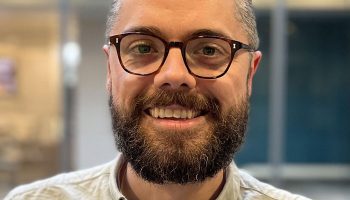 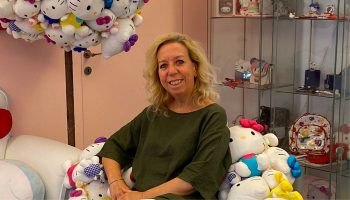 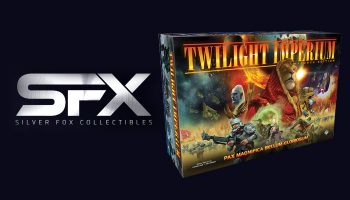 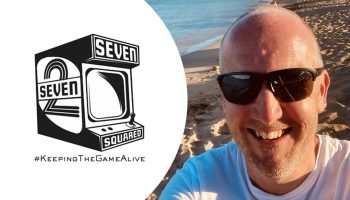