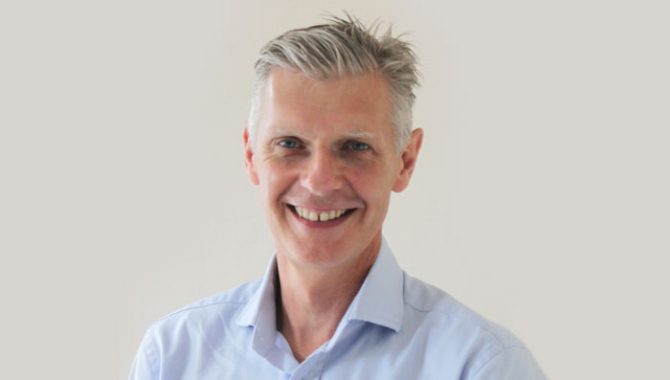 Having worked with brands like LEGO, The Ritz and England Athletics, James Marsh – MD at B3 Creative – discusses how the consultancy helps firms looking to engage with children and young people effectively.

Hi James. Firstly, could you let us know about B3 Creative and your main areas of business?
B3 Creative is a consultancy which specialises in the children and family sector – essentially, we help organisations who need to engage with children and young people through print, digital and film.

We started out producing customer magazines and other printed material for children, for clients such as Virgin Atlantic, Fox Kids and Disney Channel. We soon found ourselves working across all channels – for commercial companies, national and local government and the charity sector.

I know that you develop a lot of material for children, such as activity sheets for museums and heritage sites. When you receive a brief for a project like this, what is the process you go through to deliver on the brief?
It’s important that any activity sheet or booklet we produce for our clients reflects their personality and their brand identity. So, there is a process of digging into and exploring that and then crystalising it into a treatment children will relate to and understand. If the initiative is a partnership – as with our recent activity sheets for TOMY and Rural Life Living Museum – then there are more identities to navigate but it’s still possible. 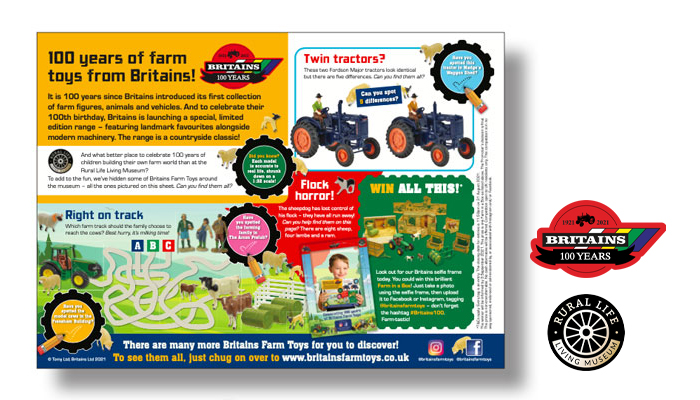 Another consideration is the aim of the campaign. Our clients on these types of projects vary from LEGO and The Ritz London to England Athletics and Government departments. An activity sheet could be part of a sales promotion, a below-the-line marketing campaign, a community outreach project or a health and safety awareness initiative. That all affects the approach and content. Of course, it’s also vital to think of the end-users, the children themselves! 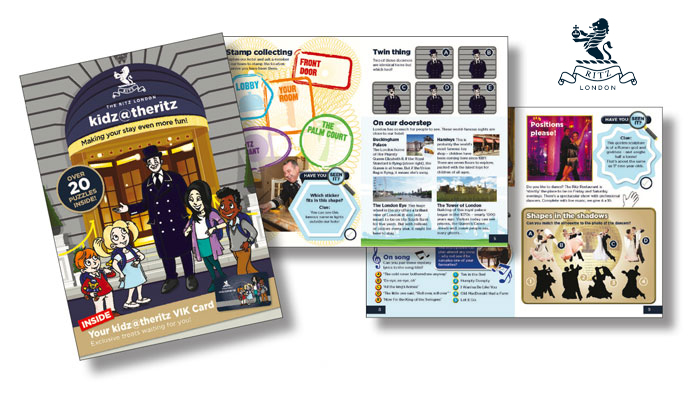 On that, what are the things you need to think about in terms of targeting and content for children?
The most important thing on any project aimed at children – be that paper, digital or experiential – is that it has to engage and entertain them. We have a mantra of “The 3 E’s – Engage, Entertain and Educate.” And the E’s have to be in that order.

Children tend to be very black and white about whether they like something or not. If your campaign is not fun, it’s going to be pretty hard to make a success of it. There are examples of campaigns we have worked on – such as some road safety campaigns – where there isn’t much humour. But having said that, I much prefer it when there is humour! We created a series of road safety YouTube videos for the West Midlands that used humour and road safety message very effectively.

I also believe a brief should articulate just one or two key messages, no more. Essentially, what are the one or two things – but preferably one – you want your young audience to remember about your initiative a couple of days later? Those key messages need to be clear and easily understandable by your target age group.

This brings up a second point: what is your target age group? Children’s abilities vary enormously depending on their age, so you have to think very carefully about their reading ability, which words you can use, how long your sentences are, what are their maths or logic capabilities, what is your colour palette, what are their influences and so on.

If you ever have a child look at your work and say “It’s for kids”, you’ve missed your target audience! That means it’s for anyone younger than them and it’s time to rethink. 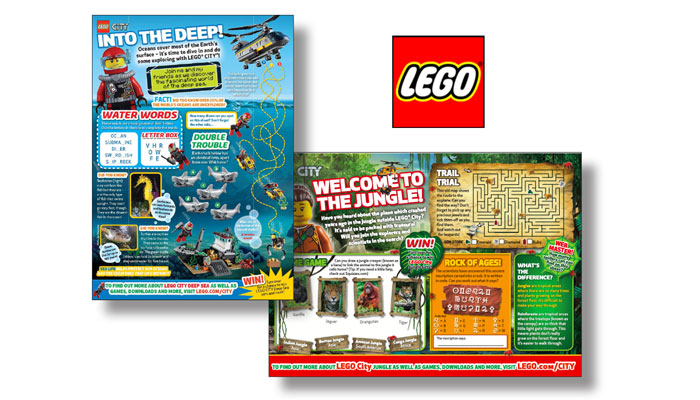 Looking at your three E’s, it sounds like quite a challenge to bring entertainment into education…
Yes, it can be! Children would love to just have nothing but fun every day at school, but the Government and most parents have other ideas… If you think back to your school days, the best teachers were always the ones who made learning fun and interesting. When we work with organisations who want to produce something for schools, we ensure those elements remain at the heart.

Any initiative has to be useful for teachers and answer the requirements of the National Curriculum. If your campaign only speaks about brand values and fun but doesn’t fulfil the educational strictures of the National Curriculum, teachers will file your project straight in the bin. It will never be used. You have to understand the needs of both the teachers and the children and build your campaign around that.

I imagine parents and guardians are the gatekeepers for a lot of the content you develop. What steps do you take to ensure they are engaged and supportive?
In a way, it’s quite simple: put yourself in a parent’s shoes and think: “Would I want my child to engage with that?” Just because children like something, doesn’t mean we should say, “Yes”. Children will eat sweets all day given the choice, but we all know that’s not good for them.

Working in the children and family sector brings responsibilities to act in children’s best interests. Sometimes, the fact that something could make money is not enough. We have to be better than that.

I recall being pressured to carry adverts for ringtones in young children’s magazines, with the justification “Everyone’s doing it.” We refused, as that’s not a good enough reason. There’s a good expression a spokesperson at the Advertising Standards Authority once said to me about advertising to children: “If it doesn’t feel right, then it probably isn’t right.” I think that’s a pretty good way to think about it.

A lot of your work is around creating paper-based products such as activity trails. Have you seen things change in this area with the growth of new technology and children consuming more content online?
I’ll be honest, I used to see paper products and digital content as different things. I don’t think that’s the case anymore. They are all content and ways of reaching children.

What it really depends on is available budget. Producing an engaging activity sheet can be achieved for a few thousand pounds, creating meaningful content for digital requires a more substantial investment. And, of course, paper and digital can work really well together, supporting each other and amplifying the message.

It comes back to looking at the campaign’s aims, the key messages and the size and age of the target demographic. Those have to be the starting points. 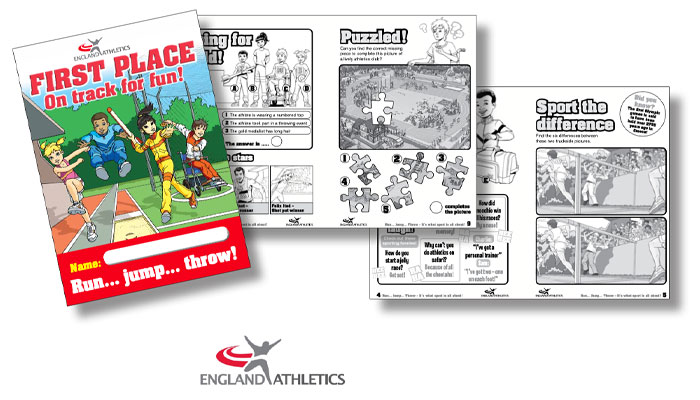 I’ve realised we should dive into some examples of your work! Talk us through some highlights…
We’ve created a really nice body of work for the house builder Berkeley Group. What I like about it is that we started with something for 11 to 13-year-olds, which went down really well, and have since extended it in both directions.

There are activity sheets for five to eight-year-olds with no aim beyond providing a little fun. There are booklets for nine to 11-year-olds that have puzzles but also a little information on modern house building. We have magazines for 11 to 14-year-olds giving details about possible careers in the sector, and booklets and digital flyers for 15 to 22-year-olds on how to apply for apprenticeships and training schemes with the company. It’s a great example of segmenting your target audience into appropriate age groups. 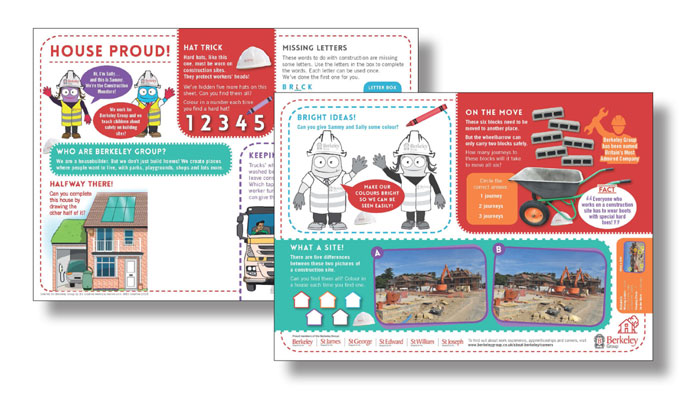 Plus, we’ve just launched a series of lesson plans for them for primary school teachers based around the development of the Oval Gasworks – the ones you see in the background at cricket matches at The Oval.

I also really enjoyed the activity sheets we created for TOMY, celebrating 100 years of Britains Farm Toys. They were placed in the Rural Life Living Museum in Surrey, and a different version was distributed at The Big Sheep visitor attraction in Devon. We began as lockdown was being loosened, and the joy of being out and about meeting people again was so wonderful. Zoom doesn’t come close!

How do you work with designers and stay on track with design trends in your work?
That’s a great question! Where is the zeitgeist? I think you have to keep a very broad interest across the spectrum – be that fashion, art, TV shows, music, sport and so on. Going to trade shows always helps, as does walking round stores, visiting art galleries, watching YouTube, and checking Instagram and TikTok. That’s a full-time job in itself!

Is there a campaign out there that you wished you’d worked on?
The campaign I would have loved to have been involved with is Persil’s ‘Dirt is Good’ campaign. First launched in 2008, it’s a great example of a campaign that serves two audiences and purposes effectively. Firstly, that getting covered in mud, splashed with paint and messy play are a vital part of childhood that we should encourage. And secondly, that Persil provides parents with confidence that they can let their children outside, go crazy and still the washing will come out clean.

It did what great campaigns do: it started with what the consumer was facing and looked at the world from their perspective, rather than just thinking about shifting more units though BOGOFs, in-store displays and so on. With a multi-channel approach, the campaign won multiple awards, helped grow Persil become the number one fabric cleaning brand in many territories and is still running 14 years later.

Another campaign I loved was the Australian Metro Trains Campaign, Dumb Ways to Die. I adored the way it revelled in the dark humour that children and young people love but still got its message across about safety around trains. It’s claimed the campaign led to a 30% reduction in near misses. It also spawned a worldwide licensing campaign and a series of video games. Not bad for a public safety advert originally aimed at just young people in Melbourne!

Not bad at all. Huge thanks James! Hopefully tie-in again soon. 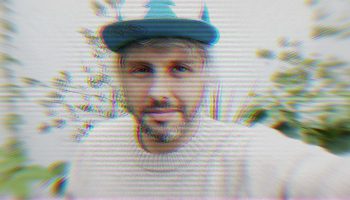 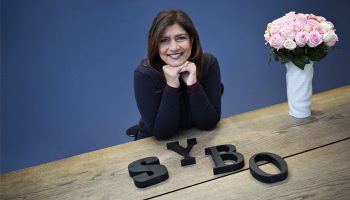 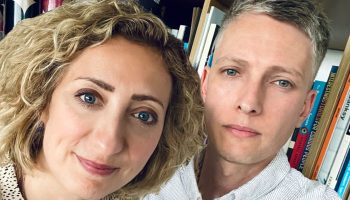 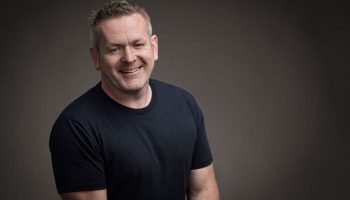 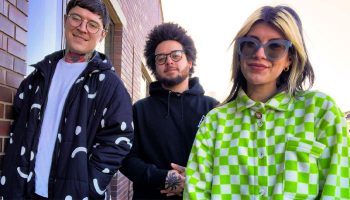 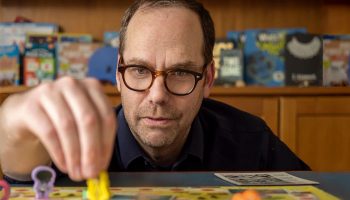