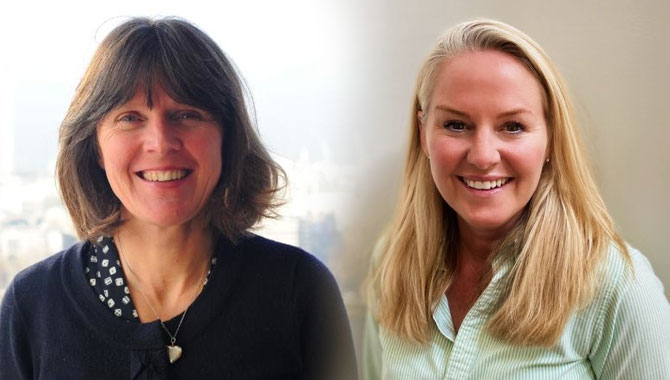 Kirsty Guthrie and Maggy Harris discuss how they entered the brand space, how they began collaborating – and why they work well together.

Hi guys, great to catch up! Let’s kick off with how you both found yourselves working with brands?
Kirsty Guthrie, Owner, KJG: Well David Hamilton – a friend of my father – had a company called Link Licensing. I came out of university, and David and Claire Derry were doing the licensing for Barbie at the time and also represented brands like Natural History Museum, Creature Comforts, Asterix and The Very Hungry Caterpillar. I went to work with them, so I went into licensing straight and fresh from university.

Maggy Harris, Director, BlueSkye Licensing: I did a side-ways move into licensing a little later in my career than Kirsty. My first proper rights related role was with Dorling Kindersley selling book rights. It was great fun and it gave me a detailed understanding of rights and the book business generally. They made a load of people redundant, including me, but my boss knew someone that was going on maternity leave at the Copyrights Company, so I went into that role. That’s where I started my licensing life, with classic book brands like Paddington Bear, Spot the Dog and Beatrix Potter and The Snowman.

“The use of design in licensing and the growing creativity in licensing has never been stronger, and it’s to be championed and welcomed.”

Can you recall your first licensing deal?
MH: It might have been a deal with Ravensburger for Spot the Dog puzzles. I worked with Sarah Stevens at Ravensburger on that, and I’m talking to her at the moment about another brand! That’s the great thing about this industry, it’s all very personal and cyclical. People get into this space and seem to stay in it!

KG: Mine was a Barbie sock deal with Samuel Eden. I did a Barbie cake deal after that; lots of my early deals were with Barbie.

Have you stayed working with certain types of brands? Or is working on a variety of different kinds of IP one of the perks of the job?
MH: I‘ve worked on all sorts!

MH: I started in books, then art and design brands while I was at DRi – and that was at a time when nobody would’ve thought a greetings card could spawn a licensing programme, but Forever Friends was huge in the Nineties. And while I was at DRi I also worked on brands like Budweiser and Land Rover. At CPLG, Turtles was the blockbuster license du jour… When I later joined ITV, I worked with big TV brands. It’s come a long way since licensing revolved around kids’ toys and TV.

KG: Absolutely. I went to work at CPLG and worked on big entertainment brands like Star Wars Episode One: The Phantom Menace. That was the big one at the time released in 1999. We also had Godzilla, Spider-Man, Austin Powers movies, as well as evergreens such as the Mr Men, Pink Panther, Rupert Bear and The Beano!

I then worked at Universal Studios focusing on their movie schedule ranging from The Hulk, Cat in the Hat, Thunderbirds and King Kong movies and after that, I set up on my own company KJG Ltd and focused on art and design-led properties as well as brands like Rubik’s Cube and My Little Princess. Now, Maggy and I working on a variety of differing genre brands.

Yes, and there is a reason we’re speaking to you jointly! Talk us through how you guys work together?
MH: It seemed mad – in some ways – at the time, but during lockdown lots of smaller, grassroots IP related businesses being set up; mine, BlueSkye Licensing, included. Despite everything, there were opportunities. As many of us have known each other over many years, we were getting in touch, networking and found areas of collaboration.

There is a group called The Under Two’s Licensing Huddle (ie businesses with less than two employees) comprising around 50 or so people – like Kirsty and I – that are doing our own thing. We come together every now and again to share experiences, ask questions and chat! It’s a network of likeminded people there to help each other out both personally and professionally.

I had already started working with Steve Richards at Dynamo, a design and creative services company. They’re my longest standing client and I love working with them. Then, over lockdown summer, I also started working across a number of different projects including digital gaming, tabletop games, greetings cards and publishing.

In September, I met up with Kirsty and we started talking about what we were both doing. We felt there was a gap in the market for providing licensing sales services to licensors and agencies who perhaps needed help covering the sales ground and bringing deals to the table.

We‘ve brought our shared resources and experiences together to offer a dual business proposition around sales. Our first clients were Trudi Hayward and Jean-Phillipe Randisi at bRAND-WARD on pre-school brands and Richard Pink’s team at Pink Key Licensing with food brands. 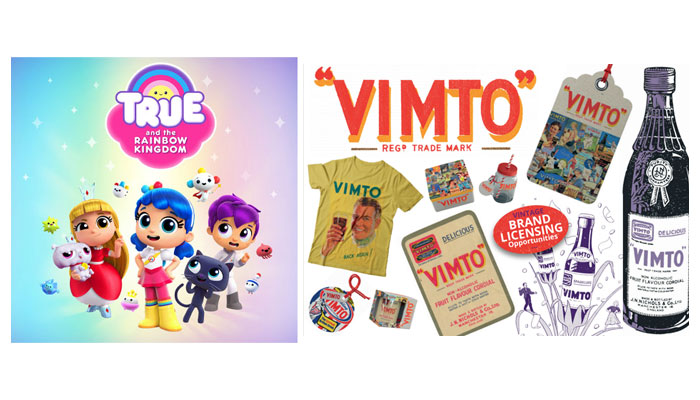 KG: Like Maggy, I also represent properties away from this pairing, like Snowtap – a great arts brand currently licensed with The Art File, Portico and Signature Gifts, but one other cultural institution brand that we work on together is the Frank Lloyd Wright Foundation.

We work with the US based team at Jewel Branding and Licensing on that one, supporting amazingly creative brand extension developments based around his architecture and lifestyle philosophy.

MH: We‘re the sales arm in this country; we’re not an agent – it‘s important to stress that! 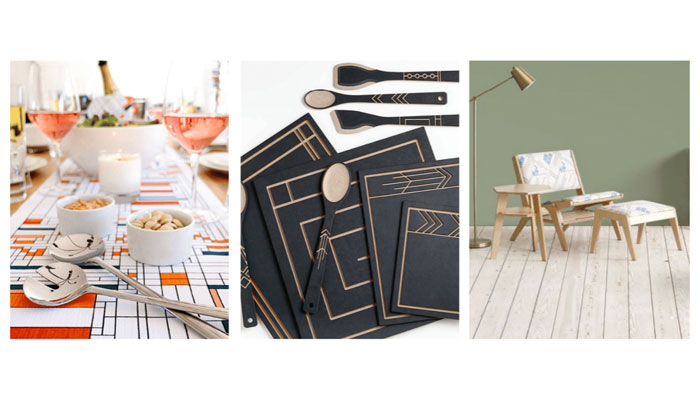 The Under Two’s Licensing Huddle – sounds like a great thing to be a part of! And you mentioned Snowtap and The Frank Lloyd Wright Foundation; that’s quite an eclectic mix of brands.
KG: Yes, and we’re also working with the Ernest Hemingway Collection, Charlie Chaplin (Greenlight) and Kawaii brand Rilakkuma (with Sagoo France). Very different prospects again! 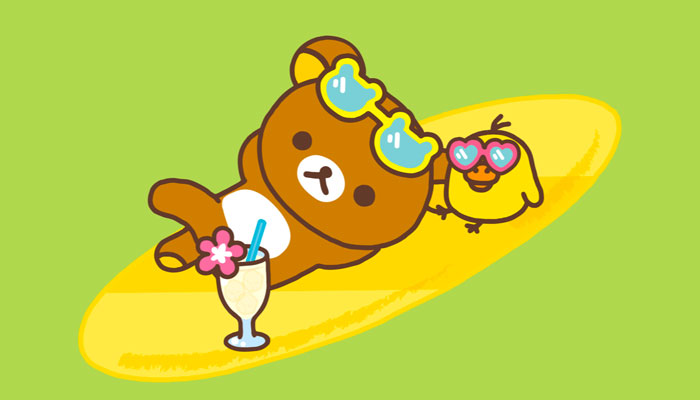 Why do you work well together?
KG: We get on really well. We didn’t know if it would work, but it’s working swimmingly. Maggy has strengths where I have weaknesses and vice versa.

MH: Kirsty is the best salesperson I’ve ever met; way better than I am! It works and there’s no real rhyme or reason to it.

KG: I have KJG and was working on my own with that agency. It’s quite insular. What’s been great working with Maggy is having someone to talk to and sound things out with. Having her support has been wonderful.

MH: We‘ve become firm friends. We have a good laugh!

Great stuff. Now, we like to talk about design here at Brands Untapped, so what do you guys see the role that great design plays in the success of a licensing programme?
MH: It’s indispensable. In the early days of licensing, there was a terrible trend of label-slapping. It worked well but people turned against it because retailers needed something different to stand out, and design has become far more important in people’s lives generally. The use of design in licensing and the growing creativity in licensing has never been stronger, and it’s to be championed and welcomed.

Some of the most creative collaborations often don’t make lots of money, but they are fantastic leaders and smart ways of marketing brands. People are being creative with their brands and are intelligently using design, which is great.

“Ideas tend to just come from out of nowhere. I’ll be chatting to someone, or walking the dogs, and creativity just arrives!”

KG: I agree 100%. Design in style guides has come on as well; that creativity is reflected there. Without great creative, licensing doesn’t work.

MH: Brands spend more time with designers now throughout the product creative process. I know we meet with the licensee design teams earlier in the process than was the norm years ago.

Before we wrap this up, are there any launches that have your fingerprints that highlight how creative you can be with brand extensions?
KG: I remember doing 3D lights for Rubik’s with Paladone. It took a lot of meetings between me, Paladone and Seven Towns, and we ended up with a really cool product. You could twist it too, so it was a playable, light up Cube.

A more recent one would be the Snowtap greetings cards that have gone down a storm in Barnes & Noble in the USA and are about to go in-store with the majors here in the UK. They’re beautiful cards and designs and are new into licensing, so it’s been great to get them some lovely deals. 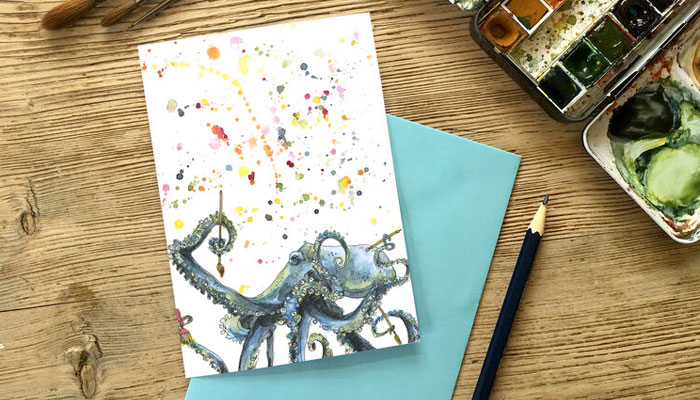 MH: One of the deals I’m working on at the moment with the book Prisoners of Geography springs to mind! I can’t say too much about it, but I think it stands out because it’s not a brand that seems an obvious fit for licensing. It comes back to what we were saying about great design, because the book’s maps are stand-alone beautiful as well as being factual and fun and that’s where the licensing potential derives. 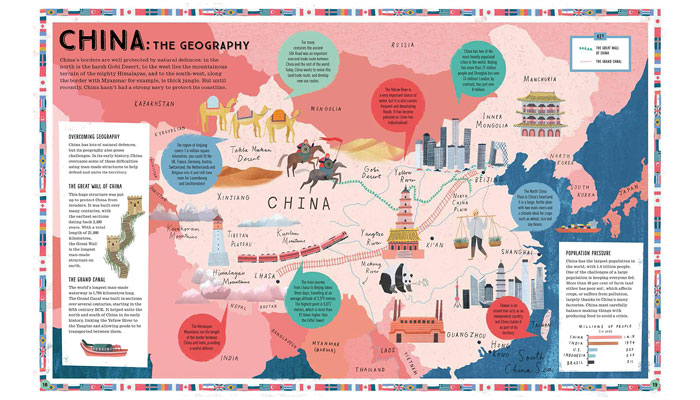 Finally, how do you guys fuel your creativity?
KG: Ideas tend to just come from out of nowhere. I’ll be chatting to someone, or walking the dogs, and creativity just arrives! I don’t ever really sit down and say “right, I’m going to be creative now”. I would say though, chatting with Mags helps to get the ideas flowing for sure.

MH: Getting out and about helps, especially going into retailers and seeing what’s out there. The same goes for reading the trade press and Linkedin. I also find ideas usually arrive after you’ve switched off for a bit.

Absolutely. Guys, this has been fun; a huge thanks again for making the time. 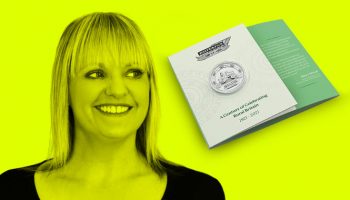 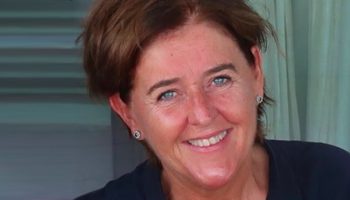 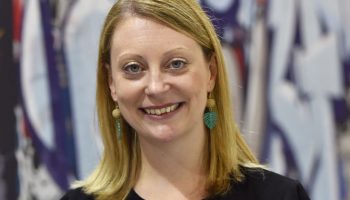 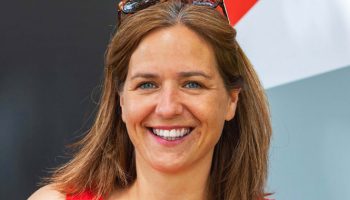 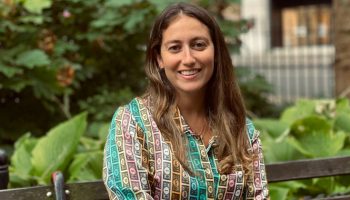 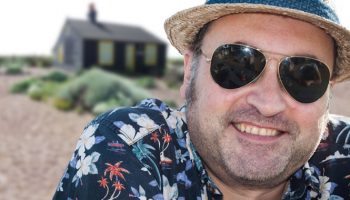 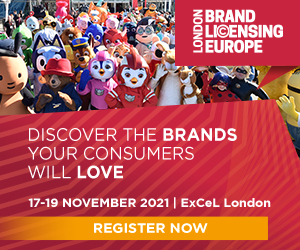