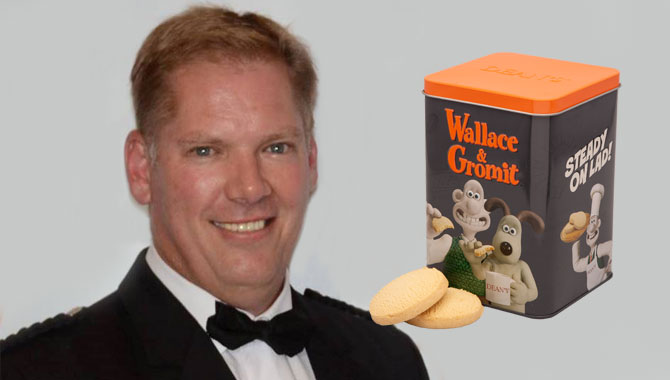 We caught up with Michael Louw, Key Account Manager at Dean’s, to find out why a collaboration with Aardman made sense – and what went into the development of the range.

Last month saw shortbread firm Dean’s announce a collaboration with Aardman on a range of Wallace & Gromit shortbread and biscuits, in a deal arranged by Start Licensing.

The range features five biscuit flavours, three special keepsake tins containing Dean’s all butter shortbread and will extend to include an assortment tin in time for Christmas.

We caught up with Michael Louw, Key Account Manager at Dean’s, to find out why the Aardman partnership made sense – and what went into the development of the range. 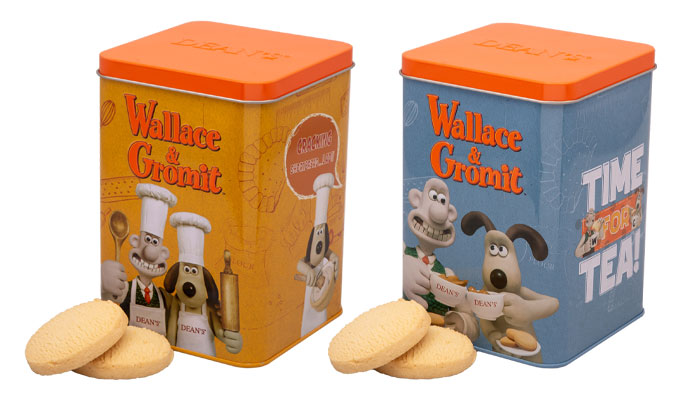 Michael – great to catch up! Let’s start at the beginning – was a career in food always on the agenda?
Not at all! I’m South African and lived there until I was in my twenties. I’m also a cricketer and had an opportunity to play in the UK at a semi-pro level. My partner wasn’t sure about moving here without a commitment, so I got married on the Saturday and moved to the UK on the Tuesday!

Ha! What a week! How did cricket lead to shortbread?
Well, we moved to a little town called Huntly, which is where I still live now, and part of the job was that the Cricket Club got a summer job for me, which was at an ice cream factory. My father actually worked for Unilever all his days in sales, so I already had an interest in the food industry through him.

“We could’ve gone quirkier – and we do actually do quirky flavours like our strawberry and pink peppercorn shortbread – but with a mainstream product like this, we wanted the appeal to be as broad as possible.”

At the ice cream factory, I was the storeman, but the MD there realised I wanted to grow, and he progressed me through the company and I ended up being the Business Development Manager there for a number of years. It was a small, regional firm, and I was looking for a progression, and Dean’s is in the same town, funnily enough, and they were looking for a Key Account Manager so that’s where I’ve been for six years now.

It took me a while to find my feet because Dean’s is a big player in Scotland, and my side of the business is with independents and gifting. We had a bit of a quandary in that our brand had a little bit of presence in the multiples, and that had on a knock-on effect on what I was doing. We were trying to sell the same products to the gifting stores as we were selling to the multiples, but these guys weren’t interested.

Ah! So did you turn to branded collections as a way to crack that nut?
Yes. We had to try and do thing differently and licensing was an option. We wanted to try and disrupt the market a bit. We saw an artist called Steven Brown who paints highland cows but in quite a funky way. I liked it – it felt contemporary and also very Scottish. We reached out to him and he was up here the following week!

It took us a year to get up and running but it’s now a £1m a year brand for us. We started off with six tins and it’s grown since then, but the biggest thing for us was that it got us into categories and channels that we weren’t in before. Travel retailers were suddenly interested, and they’d never spoken to Dean’s before. 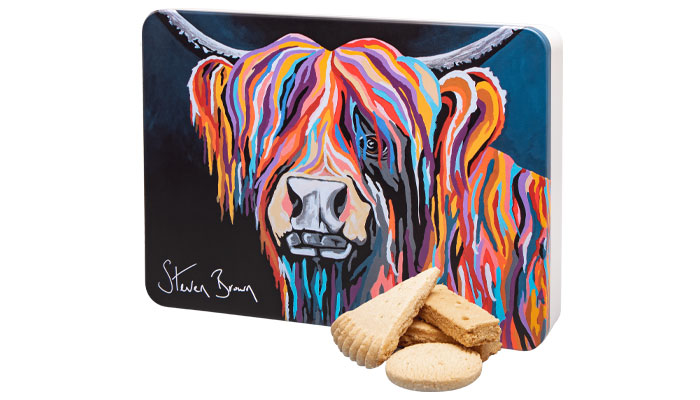 We made a very conscious decision that it wasn’t a product for the multiples – it was for independents and gifting only. It allows you to have better margins and there’s less competition, but importantly, our brand and his brand have maintained their integrity.

We’re not the most expensive shortbread in the business but we’re up there. We’ve added value to the product by adding artwork to the tin. Yes, there’s royalties, but that was incidental for us. It was a marketing cost in our eyes, because we could see it would add value.

It’s a great-looking range. And what’s interesting is that there isn’t a huge Dean’s logo on the tin either…
Yes, we took our branding away from it. On the front of the tin, there’s no Dean’s branding. Instead, we had our branding on a little cardboard sleeve, but that’s removable. In the food gifting space, most companies have their branding on the front of the tin and customers will say “Well it’s a beautiful tin, but it has branding on it.” It took a change in mind-set but now we try to do that across our entire range. It’s really disrupting the market because it’s never been done before. 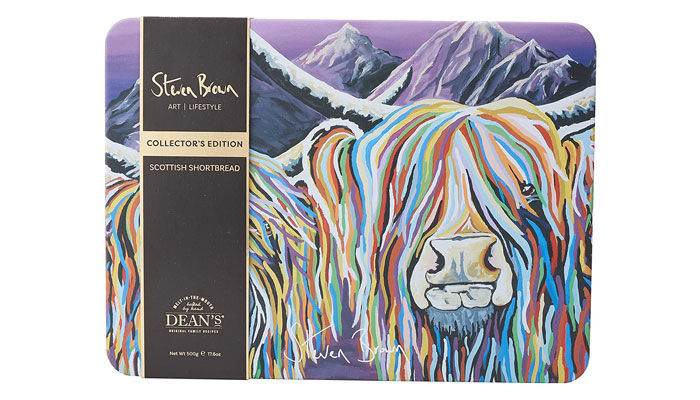 It’s also lowered the age of those buying our product. It’s taken us into demographics we didn’t reach before. The general age of people buying shortbread are usually empty nesters and older. By collaborating with a contemporary artist, that’s broadened. We want to increase our reach with every brand we take on.

It’s the same with our recent Wallace & Gromit collection. If you look at the market for Wallace & Gromit, it spans ages eight to 80. You get pester-power, but you also get granny and grandad, so it’s widened our demographic even further. That wide appeal was one of the main reasons we decided to work with Aardman Animations. The Wallace & Gromit brand also has a really strong affinity to Christmas, which works really well with shortbread.

Absolutely; and on your recent collaboration with Wallace & Gromit. How did that partnership take shape?
Ian Downes of Start Licensing came to us and actually, when it comes to licensing, other than with Steven Brown, we’ve never approached anybody. Ian had seen the Steven Brown range and though we’d done a good job there and we looked at the opportunity selfishly, in terms of how it could benefit us a brand.

So what were some of the key benefits to Dean’s in teaming up with Aardman?
The size and the relevancy of any brand we look to partner with is really important, and Aardman Animations ticked both boxes. They even have DFS adverts on TV every day! That’s brilliant for us because it keeps Wallace & Gromit fresh in people’s minds – everyone knows who they are. 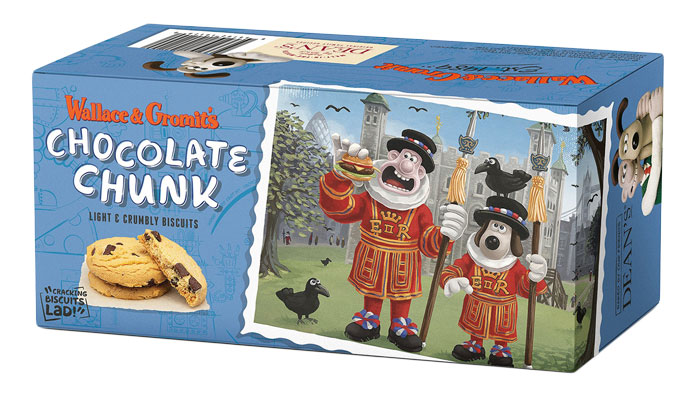 Were you a fan going into the collaboration?
Well, actually, being South African, before coming here I’d never watched it or really heard of it! But, once I was here, every Christmas it was all over TV and I ended up watching lots of it and now I’m hooked!

The range itself is location-based. The Savoury Cheddar Bites has an image of Wallace & Gromit at Cheddar Gorge, the Oat and Honey box has them at Loch Ness, the Stem Ginger box features Stone Henge. There’s lots of routes you could go down, so why opt for this approach?
There are two sides to the range: the shortbread tins and the boxes of biscuits. The biscuits came about via a new distribution network that we started working with called Petty Wood. They’re based in Andover and they were looking for a new shortbread supplier, so they got in touch with us. They have very strong links with travel retailers and a conversation between them and WHSmith got us thinking about this route for the biscuits.

The images themselves actually came from a campaign a few years ago that Wallace & Gromit did with Visit England. 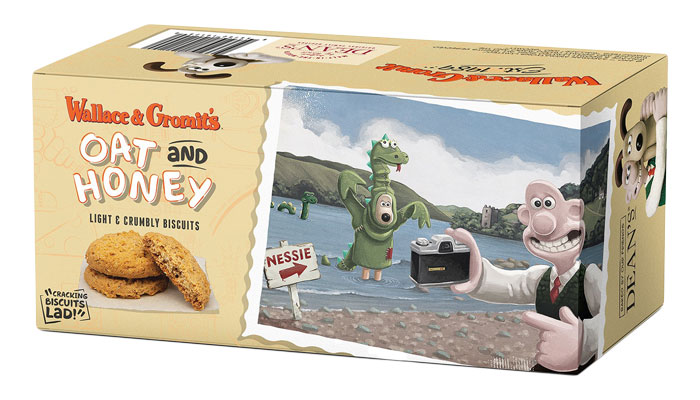 With Wallace & Gromit being inventors, were you ever tempted to try some wacky biscuit flavours and tie it in with the invention side of that brand?
We could’ve gone quirkier – and we do actually do quirky flavours like our strawberry and pink peppercorn shortbread – but with a mainstream product like this, we wanted the appeal to be as broad as possible.. If you include nuts, you cut out a massive slice of the population. Adding chocolate cuts out a big section of people too. The cheese aspect of the brand was something we absolutely couldn’t ignore. We actually do a really popular line of cheese bites, so that Cheddar Gorge box was a natural fit.

With biscuits, we couldn’t just do plain biscuits, we had to be clever with it and hopefully with our range there’s something for everybody. It’s about getting that balance right between having mass appeal and being disruptive. 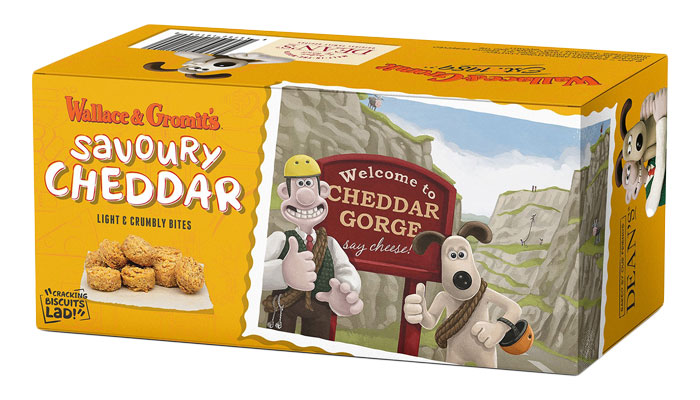 Looking ahead, what sorts of brands do you think could be a good fit for Dean’s?
It’s a tricky one. Since we announced the partnership with Aardman Animations, we have had a number of brands reach out to us, which is exciting.

For us, it’s all about working with and expanding our demographics in a way that feels like a natural fit. Some brands won’t work. Hellboy and Dean’s – it’s never going to work! Something has to be there in the TV show or the film that relates to biscuits. In Wallace & Gromit, you see plates of biscuits all the time.

I really want to do something aimed very much at kids. Shortbread is flour, butter and sugar – there’s no rubbish that goes into it. Yes, it’s calorific and high in fats and sugars, but it’s a natural product. We also know that kids love shortbread, but they’d never choose it because it’s always in boring tartan packaging. So something child-friendly would be great.

Retro is another interesting area, but we won’t be launching anymore collaborations in the next year. Wallace & Gromit is our focus, and we need to make that a success for ourselves and Aardman Animations. Also, the sky’s the limit with this partnership – we’ve only launched eight products so far and we think there’s potential to grow.

From a strategy point of view, is licensing a big part of the plan moving forward?
Licensing wasn’t part of our strategy. We’ve stumbled into it and it’s working. That said, we don’t want to become known just for our brand collaborations. Dean’s have a fantastic history and story of our own and we can’t just be about licences. We are also not going to put anything on our products; it must feel authentic to our brand, our values and heritage too.

Absolutely. Well Michael, a big congrats on the launch of the Wallace & Gromit range, it looks brill and I look forward to catching up soon. 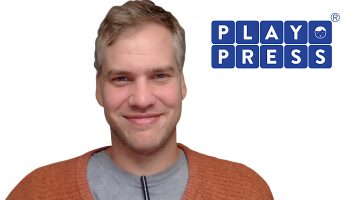 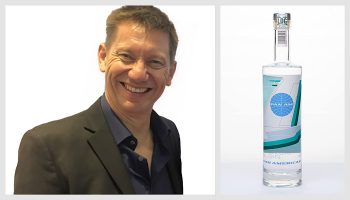 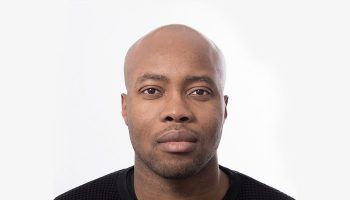 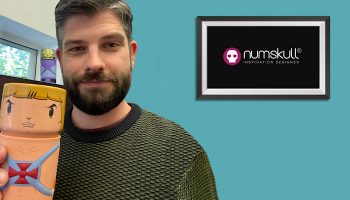 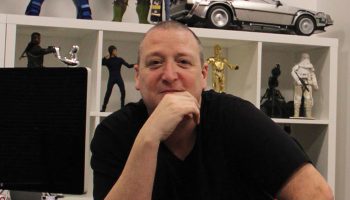 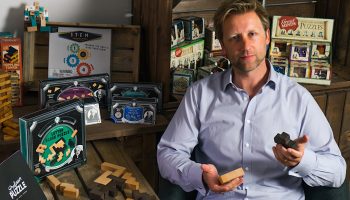 Professor Puzzle founder Ben Meldrum on starting, growing – and the secret sauce that keeps them going