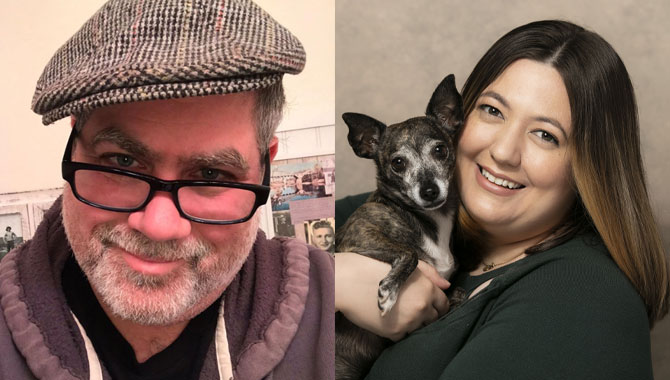 Scott and Cassidy shed light on bringing the fear and tension of the iconic film to a board game experience.

In August, Ravensburger is welcoming a new addition its collection of licensed board games in the form of Alien: Fate of the Nostromo – based on the sci-fi horror film from Ridley Scott.

Designed by Scott Rogers, Alien: Fate of the Nostromo is a co-op game that sees players creep around the Nostromo, carrying out tasks while trying to avoid a deadly encounter with the Alien.

We caught up with Scott and Ravenburger North America’s International Marketing Manager, Cassidy Werner to find out more how they approached bringing the iconic movie into board games. 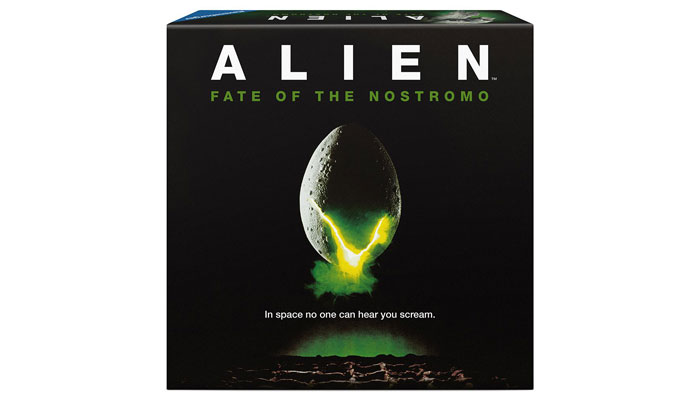 Scott, Cassidy, a huge thanks for making time. Scott, let’s kick off with you. How did you get involved in gaming, because your background is in video games, right?
Scott Rogers, Designer, Alien: Fate of the Nostromo: Yes, but the first games I ever played were board games – I’ve always loved board games. My earliest gaming memories are playing board games like Green Ghost, Barnabus Collins or Voice of the Mummy… Games from the Seventies – I’m old! They were very toyetic games. In Barnabus Collins, you’re assembling a skeleton in a coffin, while in Voice of the Mummy, you’re on a ziggurat and collecting gems while a mummy is throwing curses at you.

That said, I never considered board gaming or video gaming as a career path. I went to college for art and also got a degree in filmmaking, so I thought I’d end up doing special effects or screenwriting. Eventually, I ended up in working in animation and there’s a tradition in animation that every Christmas, they fire everyone. So I was unemployed, but a friend came up to me in a coffee shop – like Lana Turner – and asked if I knew how to draw on a computer because the company he worked at was looking for artists. One thing led to another that’s how I ended up working as an artist in video games.

This was during the 16-bit era, so it was pixel-by-pixel. It was less like drawing and more like laying bathroom tiles. I didn’t have much fun doing that, but the fellas next to me were having a great time designing the game. I marched over and asked if they could teach me how to design games. One of them was kind enough to take me under his wing and a year later I was designing video games. I’ve been doing that ever since – although I had a slight detour where I was working for Walt Disney Imagineering creating games for the theme parks.

I’ve also published a few books on game design, including Level Up: The Guide to Great Video Game Design, and I also teach classes at the New York Film Academy and the University of Southern California.

Before we dive into board games, what were some of the video games that have your fingerprints on?
SR: The original God of War, Pac-Man World, the Maximo series for Capcom. I did some work on the original Soul Blade for Namco and helped create stuff for Darksiders. I did a lot of SpongeBob SquarePants stuff and even games like Bratz: Rock Angelz.

Quite an eclectic mix!
SR: Yes, the full spectrum from macho sword-wielding Greeks to Bratz!

How did board game design enter the picture?
SR: I had an idea for a sci-fi game where you started in a spaceship and then jetted out into space. You’d encounter other creatures and eventually you’d cut your way into an opponent’s ship and fight them. I pitched it as a big grand experience, but people kept saying the tech wasn’t quite there yet for that kind of video game. It costs a lot of money to make a video game and you need a lot of people to make a video game.

I thought about making it a reality and I thought about doing it as a board game, because that meant I could do everything myself. So I spend a few years making it and eventually I went to Gen Con and pitched it to some publishers. One said yes and then the game – Rayguns and Rocketships – was published.

Sticking with space, let’s find out more about your new game, Alien: Fate of the Nostromo. Did you have the game sorted and then realised it could work with the Alien brand, or was the movie the starting point?
SR: Ravensburger actually approached me with the brand.

In that case, let’s bring Cassidy in! Why Alien and why Scott?
Cassidy Werner, International Marketing Manager, Ravensburger North America: Well, we have a history with doing really immersive IP games and there’s a group of us that sits in a room on a Tuesday afternoon and think about what games we want to make. Alien came up, so we spoke about the core elements that we’d like to see in an Alien game. We then contacted some designers, like Scott, and asked them to pitch us concepts – and Scott’s won! 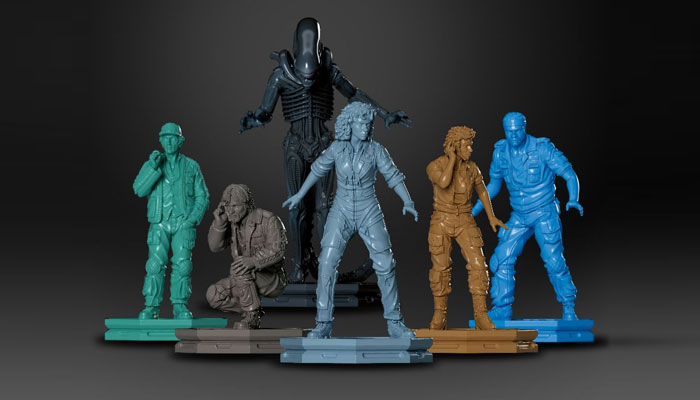 Scott, what appealed about the brief? Were you a fan of the movie?
SR: As somebody who has worked on a lot of licences in the past on video games, my angle is always to design to the IP. There’s a reason people love Alien, and I’m a big Alien fan too. I’ve been a fan ever since my mother barred me from seeing the movie as a child. I bought the Topps bubble gum cards so I could find out more about the story! When I finally saw it, I thought it was one of the greatest films ever made.

What did your first steps look like in creating the game?
SR: When Ravensburger asked me to pitch an Alien game, I immediately asked myself what I – as a fan – would want to see in the game. I thought about what people love about Alien and what would make sense to include.

The whole game takes place within a certain point in the movie. The chest-bursting scene has already happened, and the Alien has grown into its adult form. The tension of these guys being picked off one by one is what everyone associates with Alien, so that’s what I wanted to capture in the game.

What’s fun about board games is that you’re allowed to play a little bit of ‘what if…’. The goal of the game is for the crew to survive, and as we all know, not everybody survives. I wanted everyone to be engaged while playing so, if anything is a slight deviation from the film, it’s that here you either all win or you’re all killed by the Alien. 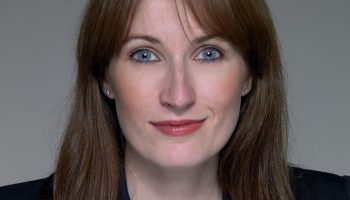 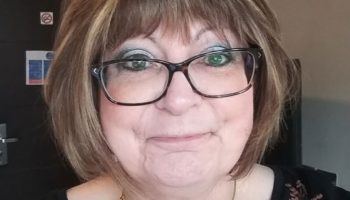 We caught up with Cathy Snow, Licensing Manager at the RHS, to find out more about the firm’s approach to brand extensions. 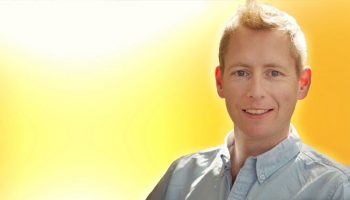 Merlin Crossingham, Creative Director of Wallace & Gromit, on brands they can work with – and lines they can’t cross

Wallace & Gromit’s Creative Director, Merlin Crossingham, on how he keeps the pair in and out if trouble. 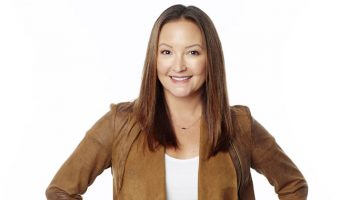 We caught up with Tanya Mann, Global Brand Creative at WildBrain, to learn more about the design of the range – and what made Teletubbies a perfect fit for Pride. 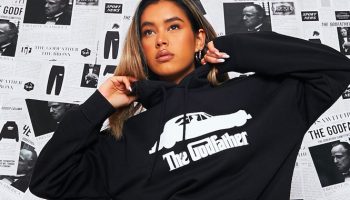 The team at ISAWITFIRST on creativity, working with influencers and bringing The Godfather into fashion

We caught up with team at ISAWITFIRST to find out what made the Seventies crime classic a good fit for the fashion firm’s audience. 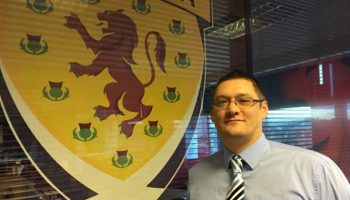 Scottish FA’s Steven Romeo on launching product that’s grounded in quality, authenticity – and not afraid to be Scottish

With the Euros now in full swing, we caught up with Steven to find out more about how activity on the field fuels opportunities off it.