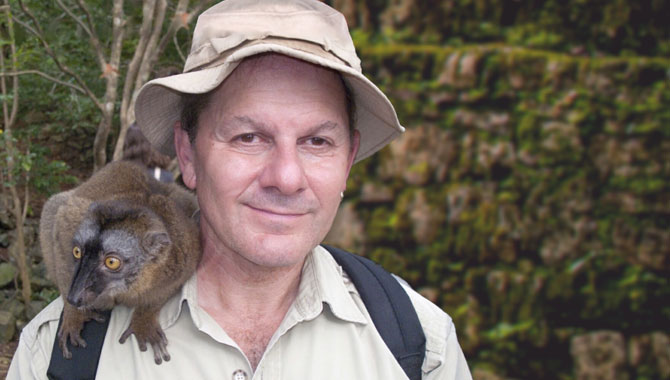 Alan Dean Foster, welcome! You don’t always get the credit you deserve, but you – to my mind at least – are king of the novelisation! In your own words, though, how do you describe what you do?
Funny… That’s what Tarantino said on Colbert’s show when Colbert mentioned my work. I’d consider that getting credit!

Well. Quen and I are often on the same page…
What I do with novelisations is get to make my own director’s cut. I get to expand on the story, the action, and – particularly – what the characters are thinking. I hope to provide more of what the reader wanted from the film. At the same time, I strive to be as true as possible to the screenwriters’ vision. After all, I’m playing in somebody else’s sandbox.

That’s a useful analogy; I’ve not heard it better used. So how did you get to where you are? How did you come to be playing in other people’s sandboxes?
I never sought it out. Judy-Lynn del Rey, the editor at then Ballantine Books SF line, asked me to do a number of such projects. Subsequent to which, I found myself in demand for such work by other publishers. 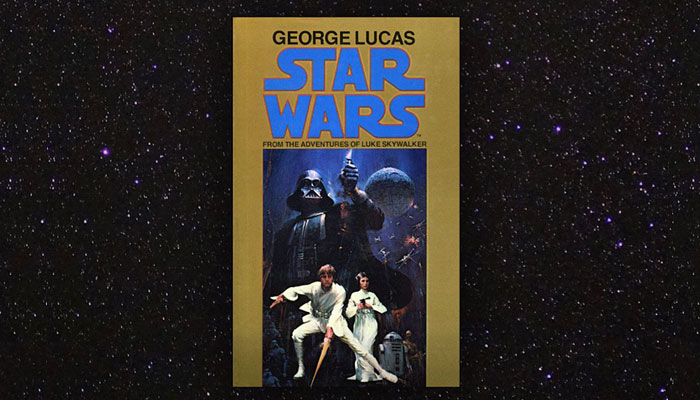 When I was young, I had what I suspect was the world’s most-thumbed, dogeared, beaten up copy of the Star Wars novelisation. As you know, it was credited solely to George Lucas. Why is that? Why do people choose to use a ghostwriter?
George wanted his name on the cover. It was his creation, his baby, and I had no problem with the credits. As to why he sought out a ghostwriter, I think he was kinda busy at the time with this film he was making. To the point where he was content to delegate certain related projects in order to preserve his sanity.

That’s a reasonable point. George Lucas gets a pass…
As to why other people use ghostwriters, there are many reasons. One is that a surprising number of people have good ideas, but no knowledge of how to expand them into a story, much less a full-length novel.

And when you’re ghost writing and don’t receive a writing credit, is that dispiriting in any way?
Not at all. If you don’t want the job, don’t take. Incidentally, Star Wars is the only book I’ve ever written that doesn’t have my name on the cover. That includes, of course, subsequent Star Wars projects such as The Approaching Storm and the novelisation of The Force Awakens. 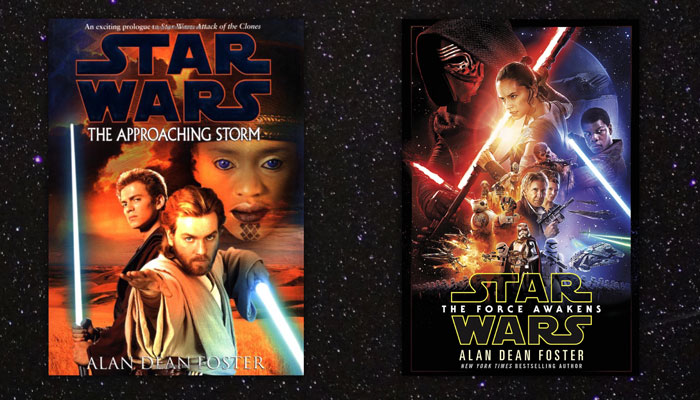 How many books have you written in total? And how many of those are extensions of other people’s IP?
About 140. 37 would qualify as IP. Fewer than many folks probably think.

Let’s focus on those 37, then… What’s the process when someone comes to you with their IP? The first three Alien films, for example, or the adaptations for Star Trek and Star Trek Beyond? Do you see a copy of the script before it starts shooting? Or do you get involved much later in the process than that?
I always receive the script well after the film is in production, so writing the novelisation requires very fast work in order for the publisher to have time to review, proof, revise, print, arrange for a cover, do the binding, and get the book to bookstores. Not so much these days with ebooks, but the publisher still wants the manuscript yesterday. Unlike some writers I know, I can’t write all day, or even for more than a few hours at a time. But within those restrictions I can write very fast.

In your opinion, what’s the hardest thing about writing a novelisation versus an original work?
Submerging your own opinions and feelings in someone else’s story. I do correct the science, where it doesn’t conflict with the essential storyline. But I won’t significantly alter a character, for example, even if I disagree with that character’s motivations or actions. That’s not my job. Using Alien as an example, I wouldn’t have shown Ripley sleeping with somebody on the ship. Given the isolation, that would have been a valid interjection. But Schusett and O’Bannon didn’t do it, so I wouldn’t either. 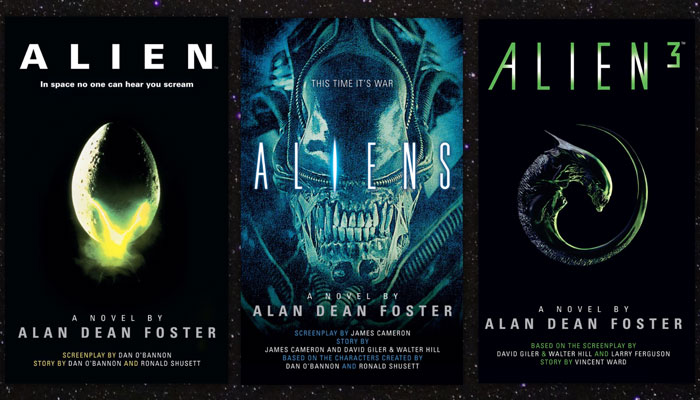 Got it. Respect the vision. And how do royalties work in your circumstances? I’m given to understand that doesn’t always go smoothly… Can you talk about that?
Sometimes I’m given a choice. With Krull, I was offered royalties against a lower advance or a larger advance and no royalties. I chose the latter option. I’ve only ever had one problem with receiving royalties due because I’ve always worked with recognised, long-established publishers. The problem had nothing to do with the publishers but rather with unforeseen corporate logistics which took a while to sort out. And which were eventually resolved.

Good answer. Let me ask you this: when you’re considering taking on a project, what kind of things do you look for in a brand? Are there any things you won’t look at? Or red lines you won’t cross?
Given the relevant details, I’ll look at anything. I wouldn’t do anything that was overtly misogynistic or racist. Or something like a pro-Hitler film. I have been offered projects with which I was unfamiliar but felt comfortable writing after researching them.

Can you give us an example?
Sure. I did a Dungeons and Dragons short story, for example, The Steel Princess. But I wouldn’t feel at ease writing something like, to mention Tarantino again, a novelisation of Django Unchained, even though I very much enjoyed the film. 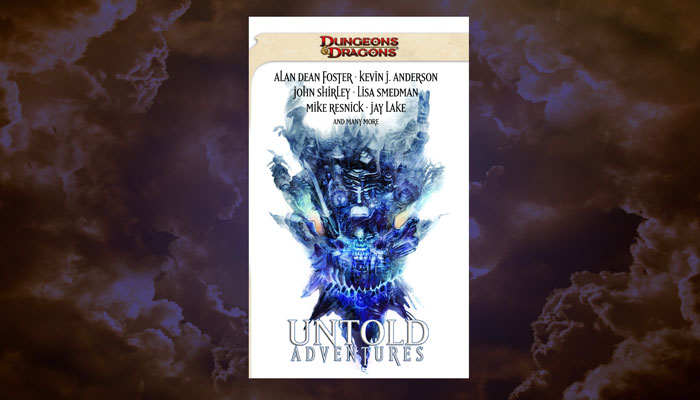 Why is that, specifically?
Because I’d have to go deep into the minds of 19th-century Afro-Americans and wouldn’t feel I could do it justice. On the other hand, writing any character a few centuries in the future is not a problem.

Great answer! Moving away from that, you’re also the author of non-fiction works. Tell me about some of those!
Because of the places I’ve traveled, I was asked many times over the years to write a travel book. I didn’t want to do the usual compilation of reminiscences, but it eventually occurred to me that everyone likes stories about animals. I’ve been very fortunate to have had some interesting encounters with a variety of “dangerous” animals. Enough, I thought, to make a book. The result was Predators I Have Known from Open Road Media, which is not about Hollywood. Most recently, I compiled a memoir of my history with novelizations: The Director Should’ve Shot You from Centipede Press. 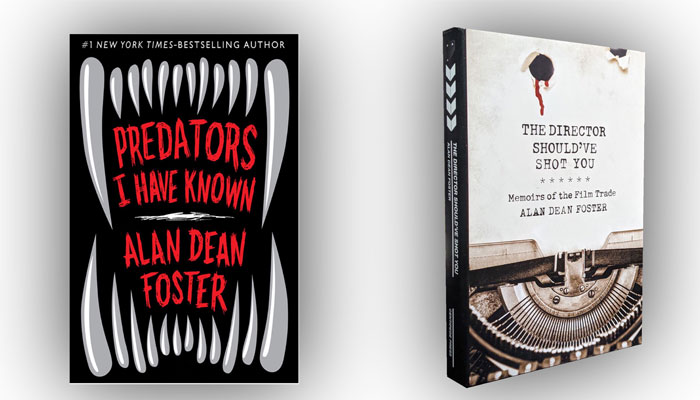 Which I looked at ahead of our chat… That’s a fascinating read; really eye opening. That’s not your most recent project though?
No, I just finished a new Commonwealth novel, Secretions, which is awaiting a publisher. Also a standalone SF novel, Lost on Paradise. When the pandemic began, I found myself with a little extra time and started writing music for orchestra. I recently finished an overture to The Call of Cthulhu. Currently working on symphony #5… I’ll write prose in the morning and music in the afternoon. Or vice versa.

Gosh, you’re nothing if not prolific! Brilliant. Let’s wrap this up with one last big question… What’s the one thing I could’ve asked you in our chat, but didn’t?
Why, at 75 and after more than half a century of writing, do you keep doing it if it is, as you’ve said, such hard work?

That would be a belting question! And what’s the answer?
I like telling stories.

Great. And I think I speak for a fair few geeks, Alan, when I say we like reading them. Thank you so much for making time to speak with us. 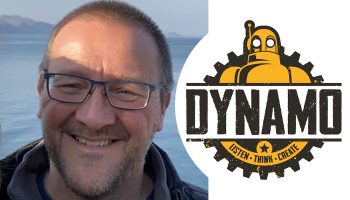 Dynamo’s Steve Richards on storytelling, problem-solving and creativity in licensing

Steve Richards – MD of the creative studio Dynamo – tells us about his route into the brand space, and what keeps his creative fires burning. 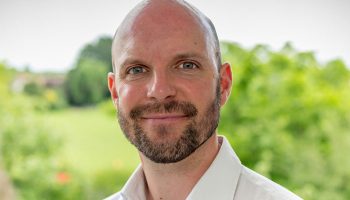 Ashley Holman on innovation, inventors and plans for his new toy firm, ToyTopic

With partnerships in place with the likes of Hasbro and WowWee, we spoke with Ashley about what ToyTopic is bringing to the industry. 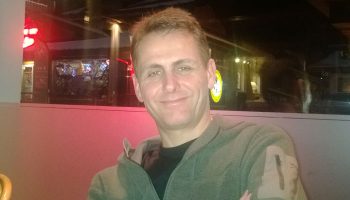 Start Licensing’s Ian Downes speaks with Kevin Spindler – Group CEO of Signature Gifts – about what he looks for in a brand, the key to good relationships with licensors and the future of personalisation. 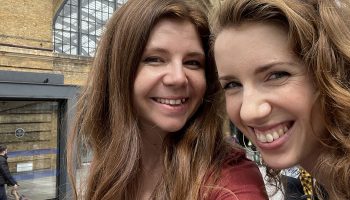 With their designs already enjoying success in the greetings cards space, Susy Snow and Gracie Tapner tell us about their exciting journey into licensing so far. 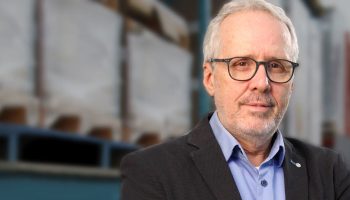 President of WREBBIT PUZZLES INC., Jean Théberge, reveals what he looks for in branded products. 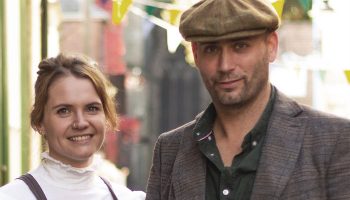