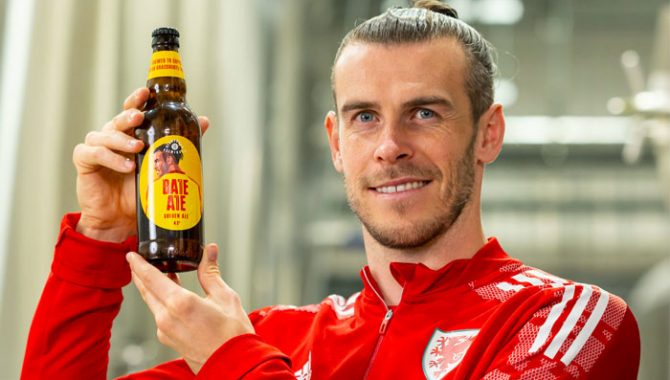 Start Licensing’s Ian Downes looks at how brewers like Glamorgan Brewing Company, Northern Monk and Hook Norton have embraced brand partnerships as a means of standing out in a competitive sector.

It is interesting to see how licensing and brand partnerships are being used more frequently in some categories in recent times. A good example of this is the alcohol industry.

In my own work, I have recently worked with the Hook Norton Brewery to develop an Ashmolean Ale. This was developed with the Ashmolean Museum and is a partnership between two Oxfordshire-based organisations. The ale is an IPA and was brewed specifically for the partnership. 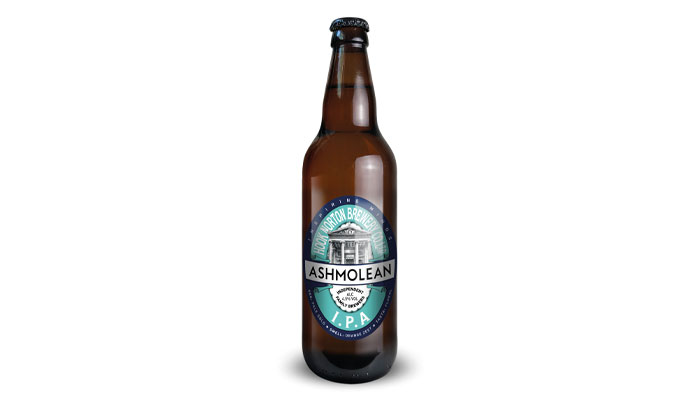 One aspect of the partnership was that Hook Norton wanted to celebrate their passion for ‘history, heritage and storytelling’. The Ashmolean are a great local partner to do this with. The Museum has been ‘inspiring minds’ since 1683 and the hope is that the Ashmolean IP will help fire up conversations between people.

I have also been involved with Northern Monk, who developed a ‘special edition’ 2000AD product in concert with the Thought Bubble comic festival. The artwork for this limited-edition run was developed by well-known 2000AD artist Jock. This was a way of drawing a number of threads together, linking Northern Monk, 2000 AD and Thought Bubble together with a product that would appeal to attendees at the event and celebrate comic art in a novel way. There are plans for further similar partnerships as this first one proved so popular. 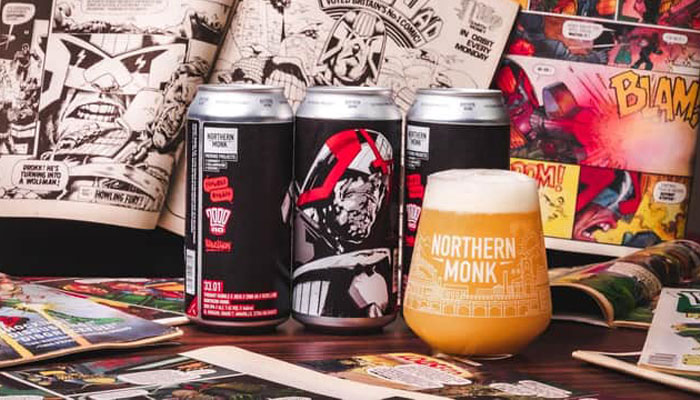 Partnerships like this help brewers tell a story and stand out in a busy category. They can also help them shine a light on specific brand attributes and values they want to highlight. It is, of course, also a way of connecting with and reaching new consumers.

The Northern Monk 2000AD Judge Dredd artwork is a great example of how bespoke artwork can be used in this category to make an impact. It’s also an example of designing specifically for a category rather than trying to repurpose ‘general’ artwork. The end product really showcased the unique 2000AD artwork well. Using comic artwork in this way showcases how this style of artwork could be applied to a range of products and categories. 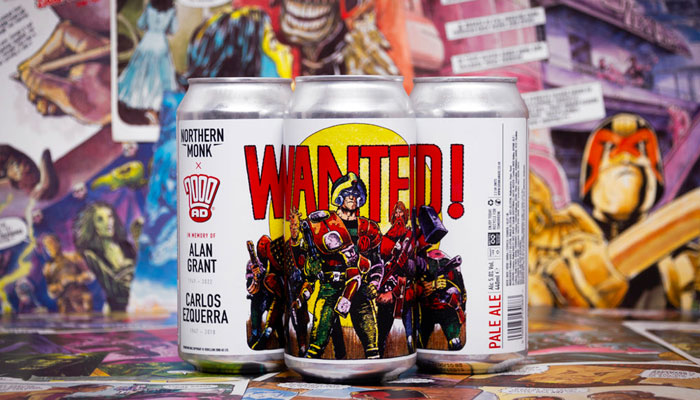 In the run up to the World Cup, a couple of interesting new developments have been announced involving the Welsh football team. Wales are playing in the World Cup for the first time since 1958; an achievement that has brought the country together and is attracting a lot of media attention. Naturally a number of brands are seeking to capitalise on this moment.

Penderyn Distillery produce award-winning single malt whiskies and spirits in Wales. They have developed a series of special bottlings of malt whisky under the series heading Icons of Wales. Penderyn describe these special bottlings as ‘celebrating a person, milestone or event from Welsh history with international significance’. There have been ten in the series so far and they plan to issue 50 in the series. The tenth in the series is being launched to tie in with the World Cup and is called YMA O HYD. This is the anthem that Welsh football supporters known collectively as the Red Wall sing at matches. The anthem was written by Dafydd Iwan and is now a core part of Welsh football culture. 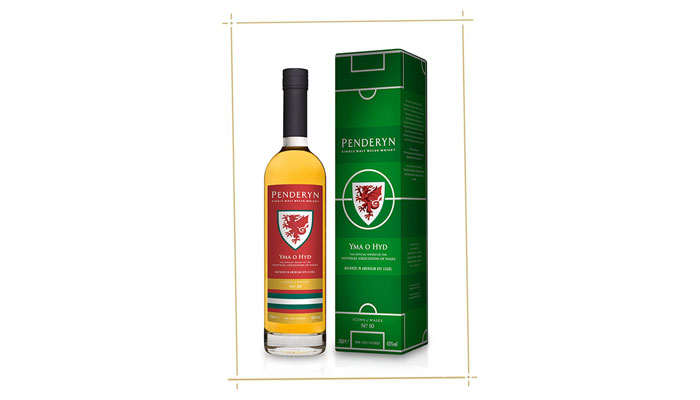 YMA O HYD whisky has been produced in partnership with FA Wales and is their official whisky for the World Cup. The bottle features the Welsh FA badge and is presented in a box designed with football pitch artwork to further emphasise the football connection.

Previous icons in the series have included David Lloyd George and Dylan Thomas, while the distillery has celebrated Welsh sporting success before as well. They launched an edition called ‘That Try’ which recalls the rugby union match which took place on January 27th 1973 in Cardiff Arms Park. The match was between invitational team the Barbarians and New Zealand. ‘That Try’ was scored in the game by Gareth Edwards playing for the Barbarians and is widely regarded as one of the best tries ever.

‘That Try’ whisky featured a specially commissioned drawing of Gareth Edwards on the label and was housed in a black and white box as a nod to the Barbarians kit. This edition – which sold out – is a really good example of how a well-crafted special edition can become a success and really create a connection with consumers. 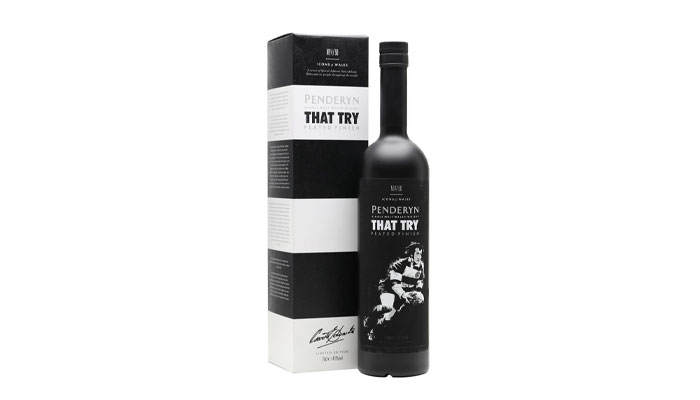 Bale was quoted as saying: “With this partnership we aim to give something back to Welsh grassroots football, and in particular, we want to help develop football facilities across Wales on a local level.”

A partnership of this kind will also be very beneficial to Glamorgan Brewing Co raising their profile and potentially opening up new opportunities for them. The products will be available in Tesco stores in Wales.

Bale also noted that he lives nearby the brewery adding another layer of authenticity to the partnership. He said: “Being able to team up and work with Glamorgan Brewing who are based only 10 minutes from my house, makes it even more special and we are extremely proud of what we have created together.” 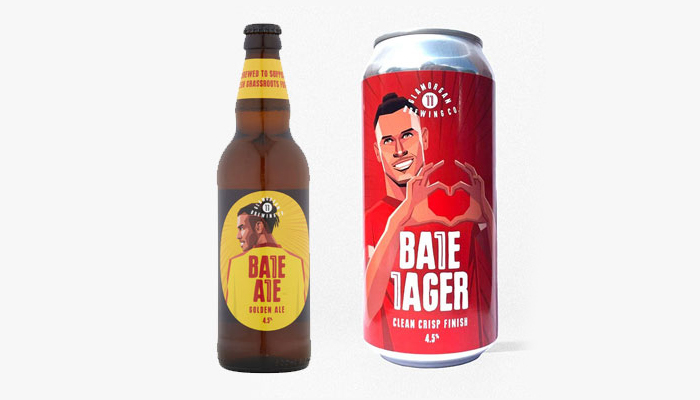 Brewers like Glamorgan Brewing Company, Northern Monk and Hook Norton can operate more nimbly and with more flexibility than some of the global operators. This opens up opportunities to develop special and limited-edition products. They can create special packaging and labels of course, but they have to weigh up each opportunity on its merits. There has to be a purpose to a partnership and the return on investment needs to be there.

There are other considerations when entering into these kind of partnerships as well in terms of brand fit, reaction from existing consumers and – in some cases – care has to be taken to adhere to marketing guidelines for the category.

Interestingly, it’s also a route that some charities are taking as well. The RNLI works with Conker Gin, the Royal British Legion has developed a number of products in the category and the RHS have a range of spirits with Harrogate Tipple that lean on the heritage of the brand for recipe development. 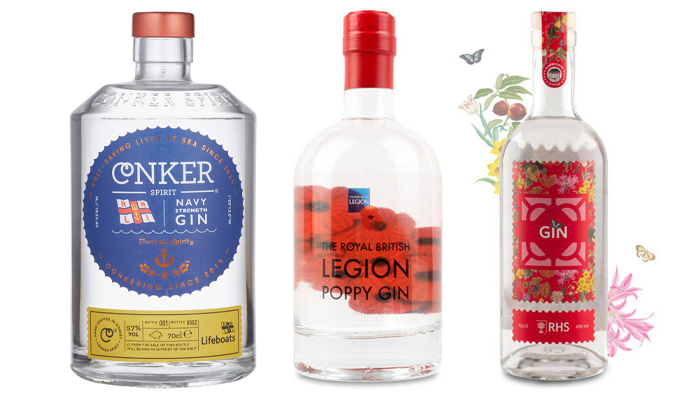 Drinks companies also lean into history and historical figures for design inspiration. Champagne house Pol Roger have crafted a product in tribute to Sir Winston Churchill, who was reported to be a lover of Pol Roger.

They have developed a Brut Reserve in a limited-edition gift box which features details from one of Churchill’s paintings ‘The Goldfish Pool at Chartwell’. The design on the carton was created by designer Tess Costil who won the Winston Churchill Design Competition in 2019. The competition invited design students to design a limited-edition gift box to celebrate Churchill’s love of painting and champagne.

This is a very clever way of celebrating Churchill and his association with Pol Roger whilst also creating an opportunity for new designers. Seemingly drinks companies are striving to get their products talked about, but are also showing a commitment to fresh thinking in their approach to design. 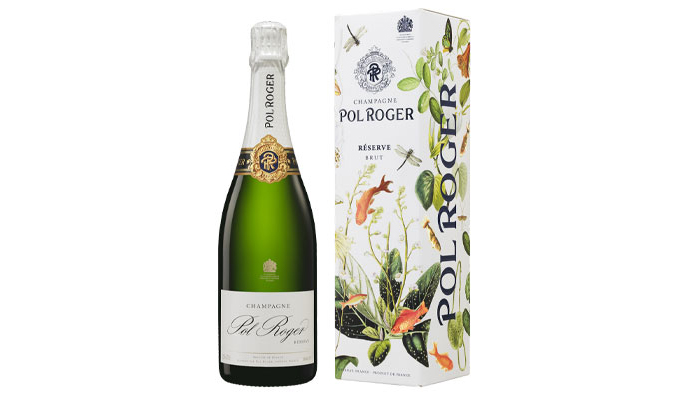 There have also been plenty of partnerships forged from entertainment brands, including Downton Abbey and Peaky Blinders, while there is a long history of alcohol brands working with brands from the music industry. It is clear that these kind of partnerships can bring benefits to both parties and in some cases have repeat value. It can also create an ongoing campaign that brands can leverage and use to enhance their reach. 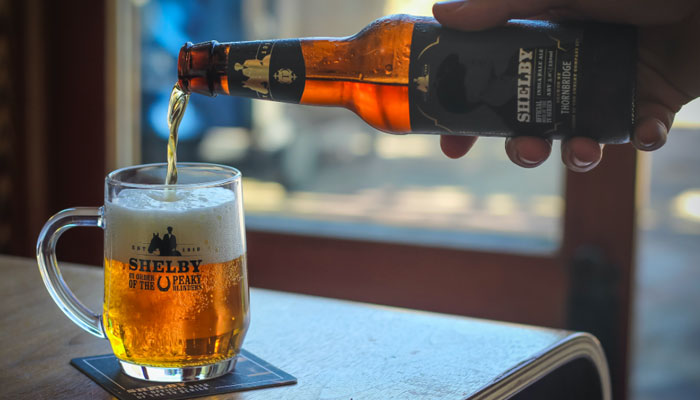 Elsewhere, Bombay Sapphire Gin recently announced a partnership with the estate of artist Jean Michel Basquiat. This is the third in a series of ‘artist edition’ bottles they have developed – the previous two featured Hebru Brantley and Steven Harrington.

Bombay Sapphire’s Brand Director Jaime Keller was quoted as saying: “The artist edition bottle series showcases how we are constantly striving to work with artists across the globe to amplify their work, while also keeping Bombay Sapphire top of mind to consumers.”

These kinds of partnerships are often linked to wider campaigns and activations. In this case, there was a link to sponsorship of an art exhibition by Bombay Sapphire in New York. It also allows Bombay Sapphire to build a back story around their brand and, as noted earlier, shine a light on specific brand values they want to dial up.

For consumers, it creates another reason to try a brand and develop an affinity with it and in a retail context, special edition bottles stand out and make an impact. Rather like Hook Norton’s association with the Ashmolean, it creates a consumer conversation piece. 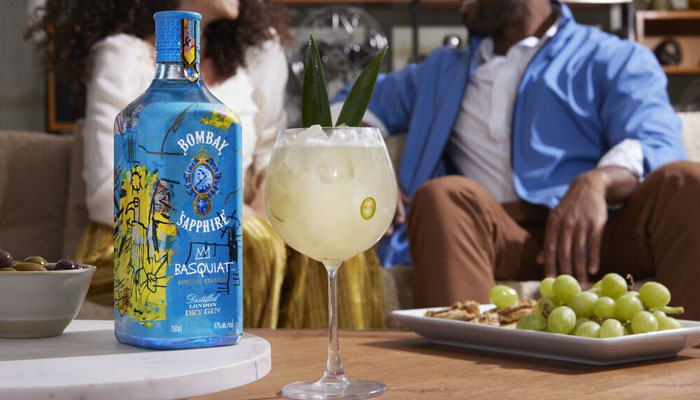 It will be interesting to see what other developments we might see in this category… It is certainly a category that provides IP owners with a creative way of leveraging their IP and gives manufacturers a fresh story to tell in a competitive sector. 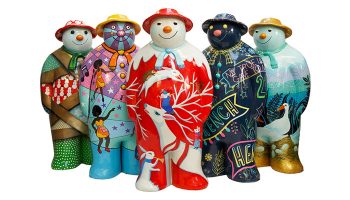 The Brand Radar: The Snowman, Winkworth Arboretum and fresh approaches to ‘live licensing’

Start Licensing’s Ian Downes looks at the world of experiential brand extensions, from art trails and charity walks to light shows and concerts. 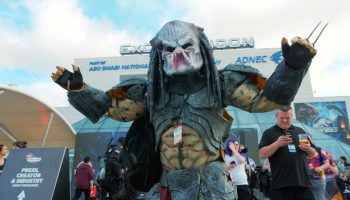 Start Licensing’s Ian Downes looks at how a show-specific approach might be the way forward for brands looking to tackle ‘unofficial’ product at MCM Comic Con. 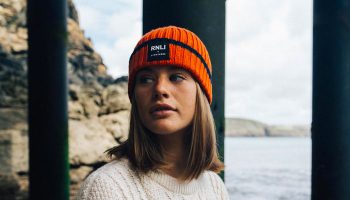 The Brand Radar: RNLI, Finisterre and how licensing supports fundraising

Start Licensing’s Ian Downes looks at how the RNLI is finding fresh sources of fundraising through innovative licensing partnerships across apparel, booze and toys. 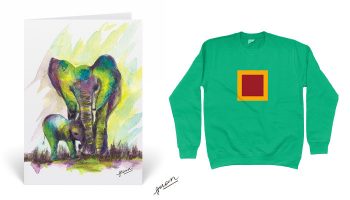 The Brand Radar: HomeLess Made and the importance of products with purpose

Start Licensing’s Ian Downes takes a look at HomeLess Made, a company whose greetings cards, tees and badges showcases artwork from creatives that have experience of homelessness or a mental health condition. 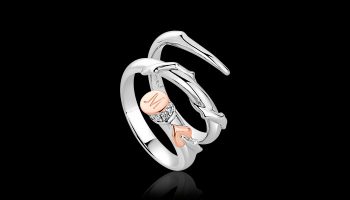 The Brand Radar: Clogau, Julien Macdonald and the Age of Collabs 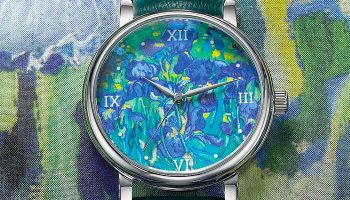 The Brand Radar: Museum Selection and the benefits of a design-led approach to heritage licensing

With Museum Selection turning 20 this year, Start Licensing’s Ian Downes looks at how the retailer is a good example of how to succeed through a laser-like focus on product, design and presentation.